Working together with the target group to develop lifestyle interventions at school, at home, and in the neighborhood.

The core of the scientific method we follow in LIKE is twofold: Participatory Action Research and Systems Thinking perspective.

The system approach is an approach in which the entire system, including the home and neighborhood environments, as well as school and (health) care settings are considered. This results in an integral approach, which gives attention to young people’s living environments and their effect on lifestyle behaviors. 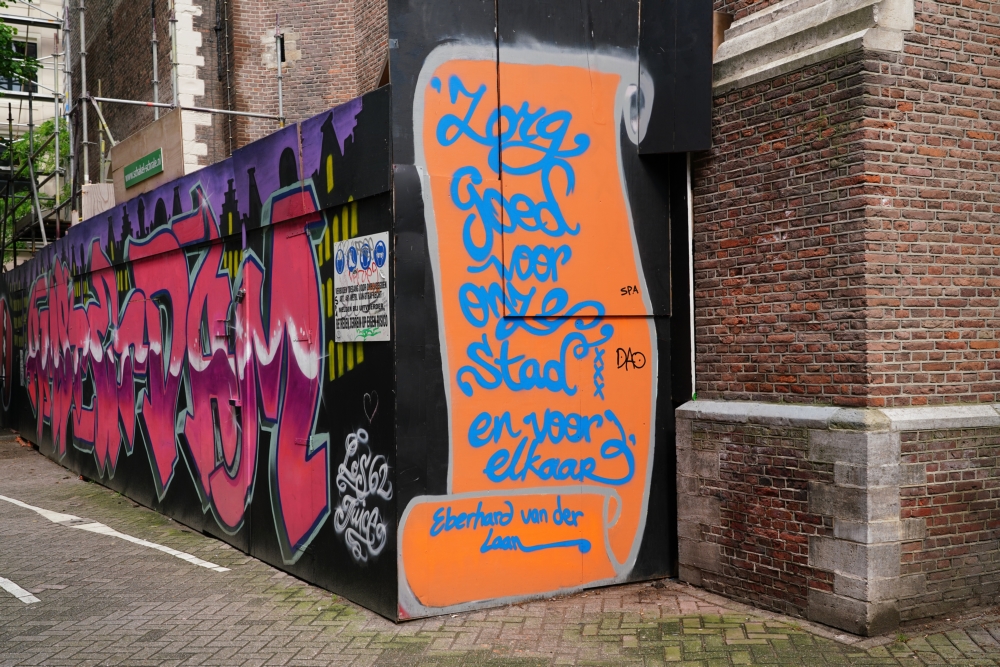 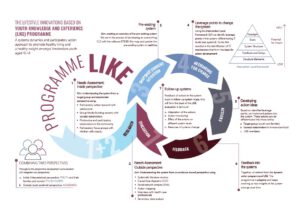 The LIKE approach is implemented through the following steps.

Gaining insight into the system
In the first two years of the LIKE project, we focused on understanding the lifestyle/behavior of young people in Amsterdam East in relation to eating, exercise, screen use and sleeping and in the settings family, school, neighborhood, health care and city. We did this not only with the young people themselves, but also with other key stakeholders in Amsterdam East and with the researchers in the consortium.

Group Model Building
Together with stakeholders, we used Group Model Building to understand how they see the system and opportunities for action. Between January 2020 and June 2021, we held four Group Model Building workshops and an action group kick-off meeting with key stakeholders from Amsterdam East. During these meetings, participants made their own system-map of all factors involved in unhealthy adolescent behaviors and used this to identify key mechanisms. See here an example of such a causal loop diagram. Click here to see an example of a causal loop diagram.

Following the Group Model Building workshops, four action groups have been formed that until now (Oct 2021) are working on different actions around sports participation, diversity-responsive care and the food environment, among others. These action groups will continue to run for the foreseeable future. In addition to the IMP itself, we will be working on the evaluation of these actions in the near future, among other things by interviewing participants. The goal is to publish the results in 2022.

Finding leverage points in the system
With our growing understanding of the system, we also worked to identify possible “leverage points” to change the system. These included actions developed by the youth themselves and actions from key stakeholders in the Group Model Building, as well as “system actions” that we developed with the entire team. A key insight here is that we needed to look for opportunities in different levels of the system:
*system elements (the individual pieces of the puzzle in the system, e.g., a healthy school cafeteria),
*system structure (e.g. networks in the system, such as network between school, parents and supermarket),
*system goals (e.g., incorporate health into policy),
*paradigm (e.g. the system is betting on health promotion over economic growth).

We did this in close collaboration with the Amsterdam Healthy Weight Approach (AAGG), working hard on concrete action ideas.

Adaptive Action Program
The LIKE ” intervention” does not consist of a defined package, but rather an adaptive action program consisting of a variety of actions that change over time based on evolving understanding. In addition to the actions that emerge from the PAR groups and the GMB, actions are developed based on insights into the system, where we have identified specific leverage points for change. To do this, we use a model (Intervention Level Framework) that helps to deploy actions at different levels of the system. In total, the action program consists of 24 actions, distributed across the different levels of the Intervention Level Framework. Some actions address multiple levels of the system. 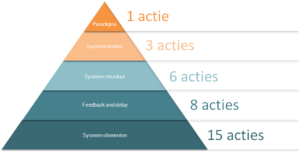 Evaluation
LIKE uses an innovative evaluation method that we developed specifically for the evaluation of this program: a “developmental systems evaluation.” The first step in such an evaluation consists of understanding the system we want to change: a system that is now encouraging unhealthy behavior in young people. Once we have this knowledge, we can develop the appropriate actions. Because the evaluation is continuous, the evaluation can inform the action program so that actions can be adjusted. The main principle of this evaluation is that it is adaptive. We have written a paper that lists the different steps of how to evaluate a program in a complex system. This is currently under review.